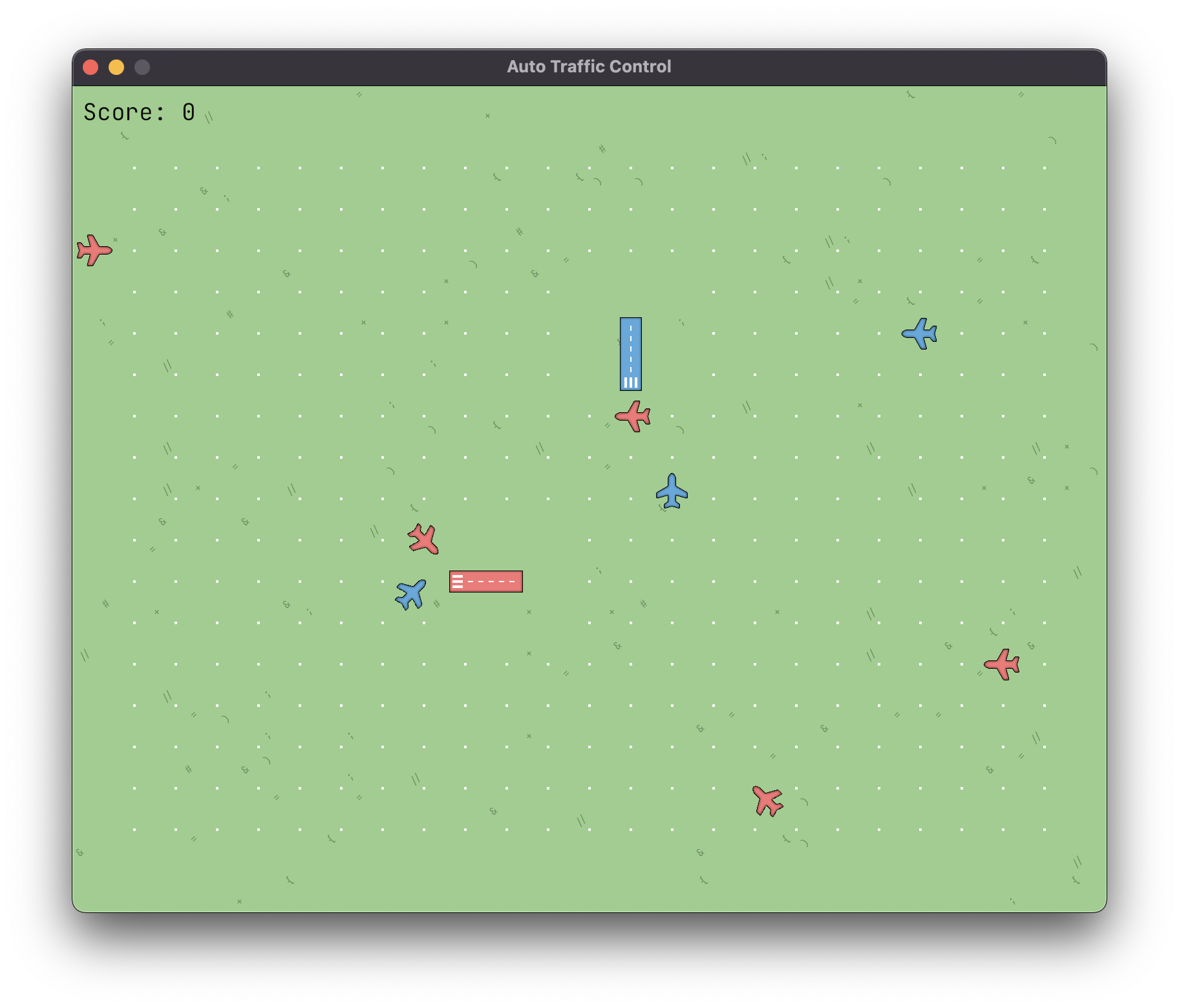 Auto Traffic Control is a video game played by programming. Your task is to create a program that can safely manage the airspace above two airports. Score points by landing airplanes, and make sure no aircraft get too close together!

The game is designed to provide an open-ended sandbox that players can use to freely practice programming. The game provides a language-agnostic gRPC API, giving players free choice of programming language or paradigm.

Check out the Getting Started guide to start playing.

Auto Traffic Control is currently in an early prototyping phase.

The game can already be played, but many game mechanics and features are still missing. You will also encounter the occasional bug, which you can report on GitHub.

During prototyping, the project does not follow semantic versioning. The API might change from one minor version to the next (e.g. from 0.1.0 to 0.2.0). Check the release notes to learn about breaking changes in a release.